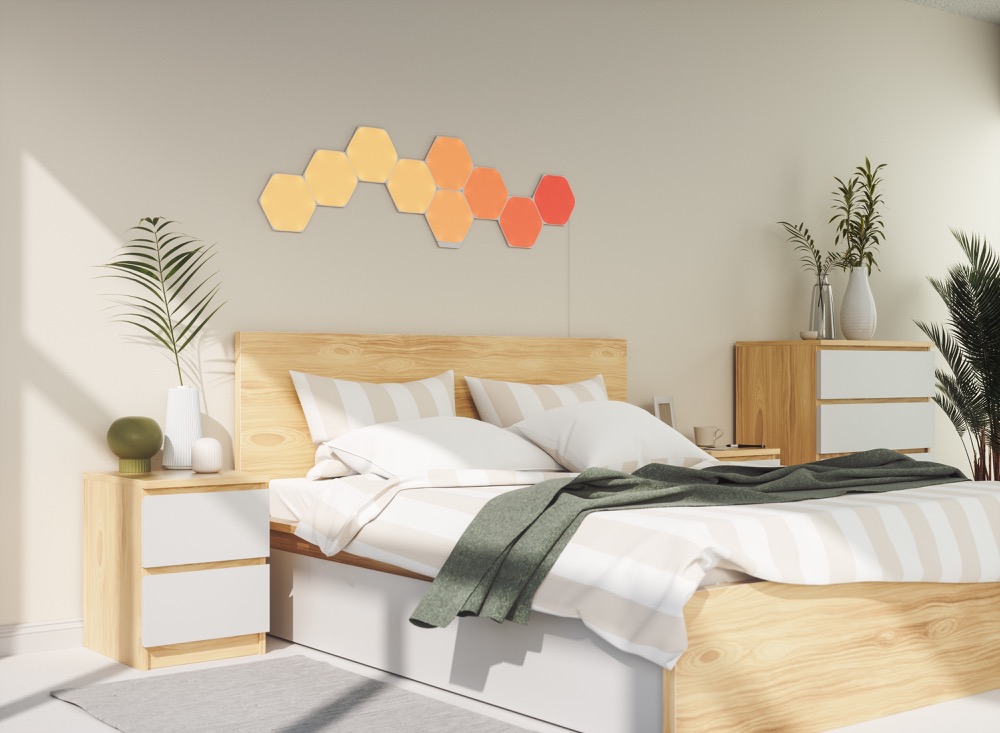 These new Nanoleaf products will be announced on October 15

A “Nanoleaf Live Event” has been announced on the manufacturer’s website for a few days now, and is scheduled to take place on October 15. There they want to unveil new products – but that’s exactly what we can do right now. In the social network Reddit, the new products have already made an early appearance.

The story sounds pretty simple and should be a sure thing: A user from the USA has already discovered the new products in a store. So somebody was just a little too quick.

We can look forward to two new versions of Nanoleaf Shapes. We already know the Hexagons, and soon we will be able to enjoy Triangles and Mini Triangles. The special thing about them is that the elements with the different shapes can be flexibly combined with each other.

Moreover, the colleagues from HomeKitNews have already discovered further marketing material. On the following picture you can see, among other things, how a hexagon and a triangle are mounted directly next to each other on the wall and how a small triangle is built into the gap between the two elements. 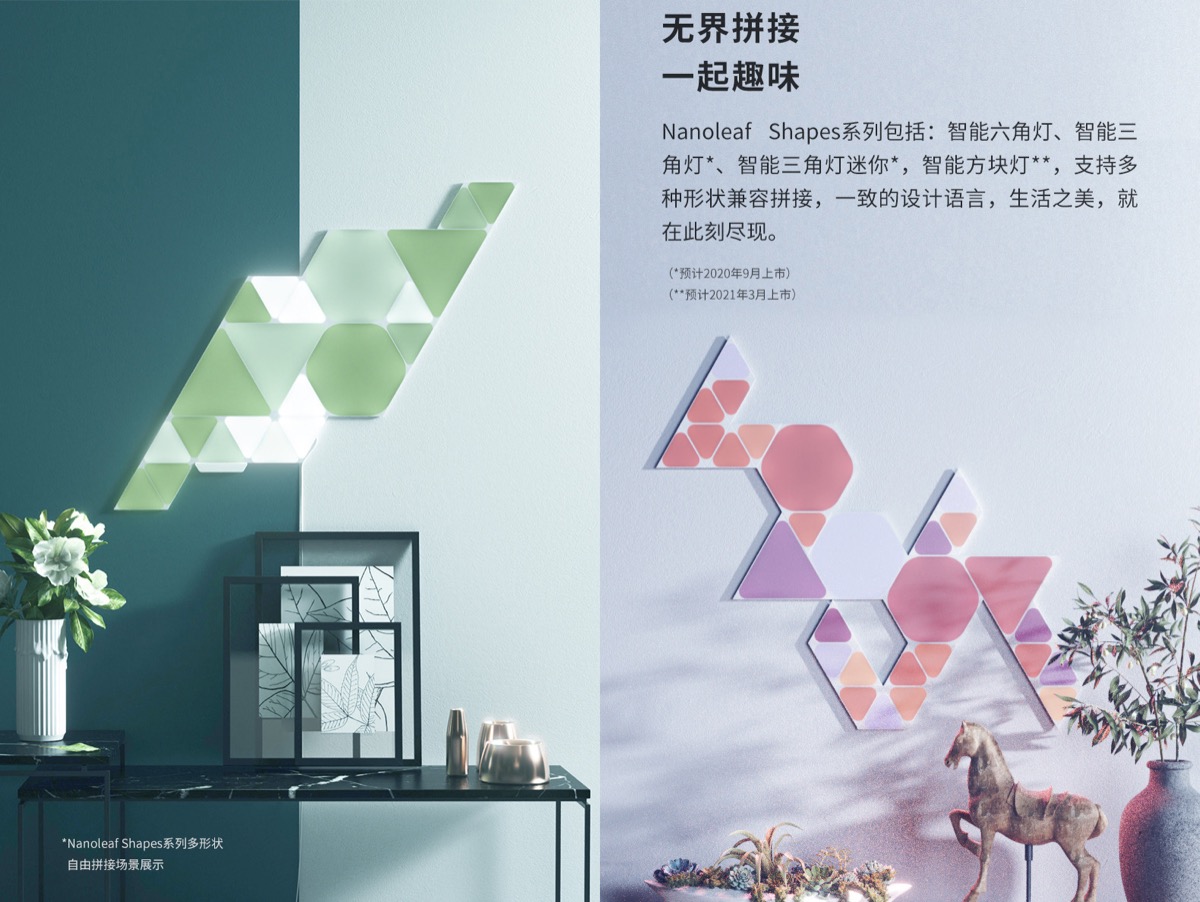 Also exciting: The triangles seem to be available not only through a single connector on each edge, but through three connectors each. This gives you even more possibilities when you plug the individual elements together.

When exactly the new versions of the Nanoleaf Shapes will come onto the market and what they will cost, we will probably find out on October 15th. As a big fan of Nanoleaf products, I will definitely keep you up to date.

The Nanoleaf Shapes are connected to the smart home via WLAN, so they cannot be directly coupled to the Hue Bridge. However, they can be connected to Google Assistant, Amazon Alexa and Apple HomeKit to control Nanoleaf and Hue in shared scenes. Since each individual Nanoleaf element also functions as a HomeKit switch, you can even switch your Hue lamps on and off with a touch on an element.