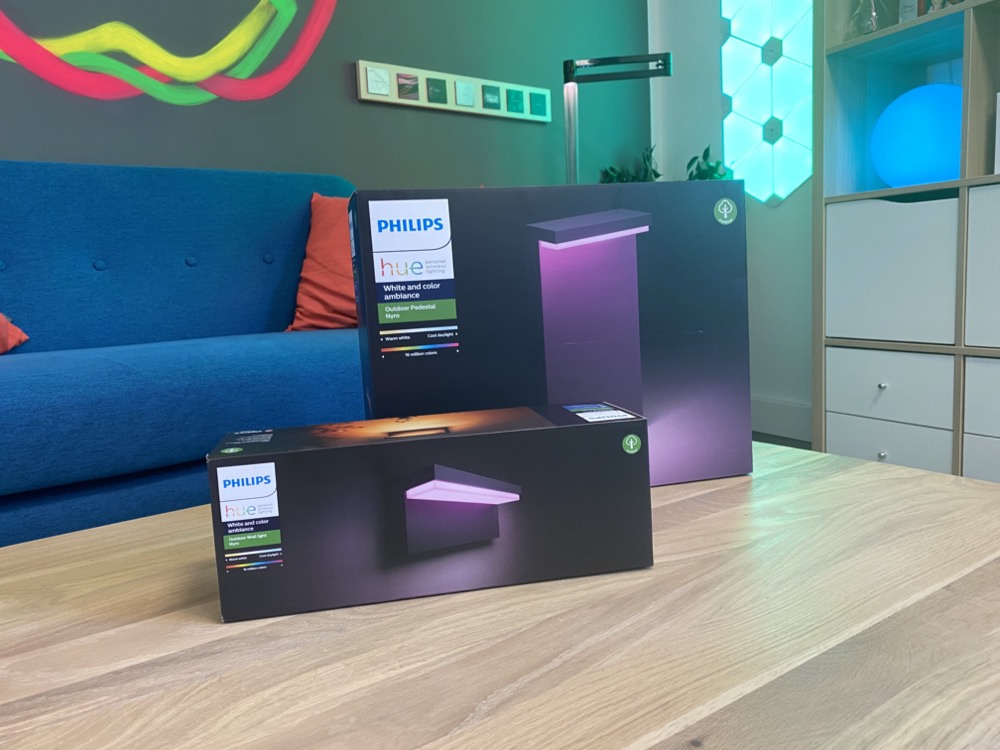 Philips Hue Nyro: Impressions of wall and pedestal luminaires for outdoor use

Remember the CES in January? That was when Philips Hue introduced some new outdoor products that I’ve already presented to you in detail in the following weeks. For example the Attract, Daylo or also the Resonate. But I haven’t discussed a new release in more detail yet: The Philips Hue Nyro. We want to change that today.

The Philips Hue Nyro is available in two different versions: as a pedestal lamp and as a wall lamp. Both come from the White and Color Ambiance series and can therefore reproduce all colours and shades of white. The maximum brightness for both models is specified at 1,000 lumens.

The differences are limited to price and dimensions. The wall lamp costs 119.99 euros and with a width of 25.4 centimetres is exactly 10.1 centimetres wide and 8.8 centimetres deep. The pedestal luminaire costs slightly more at 149.99 euros. It is 40 centimetres high and, at 9.9 centimetres, a little deeper. The width is virtually identical, with Philips Hue specifying 25.5 centimetres. 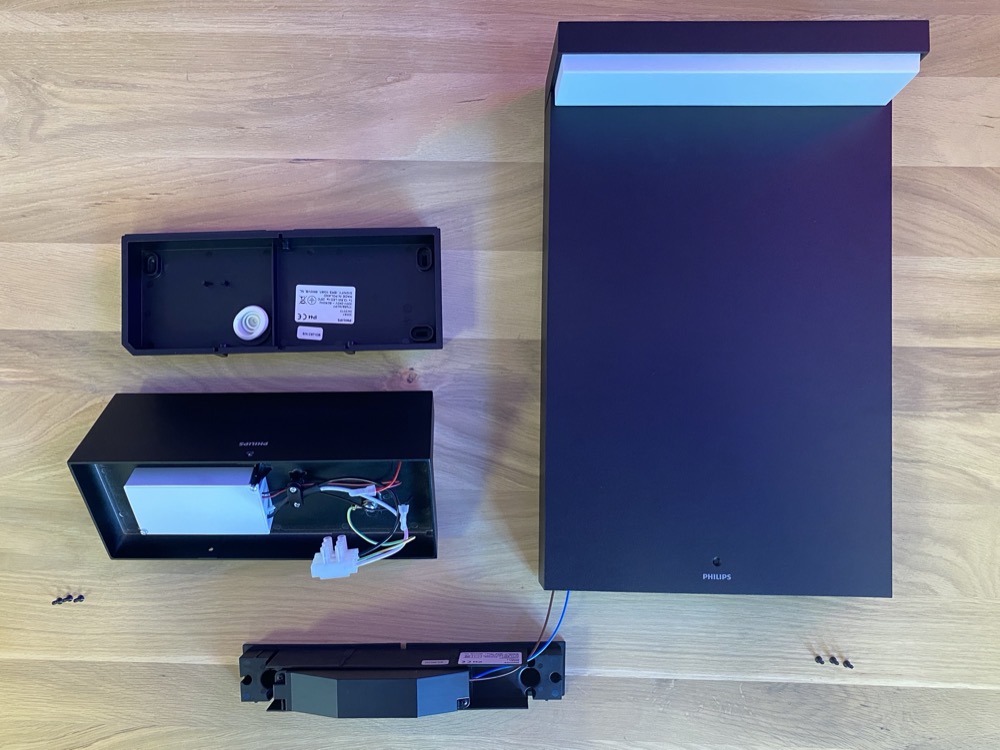 The edgy design with the black brushed aluminum as outer skin is of course striking. The LEDs themselves are directed downwards and hidden under a milky plastic cover. This has quite interesting effects on the illumination, which you should consider before buying.

Both Nyro models shine downwards. The pedestal light illuminates the floor and makes sure that paths are illuminated, but you are not dazzled by the light. With the wall light, the wall is also illuminated to a large extent, which can of course provide a nice effect – but at the same time reduces the perceived brightness. In the Hue Daylo outdoor wall luminaire, for example, the LED module shines frontally away from the wall, which makes the lamp appear much brighter. 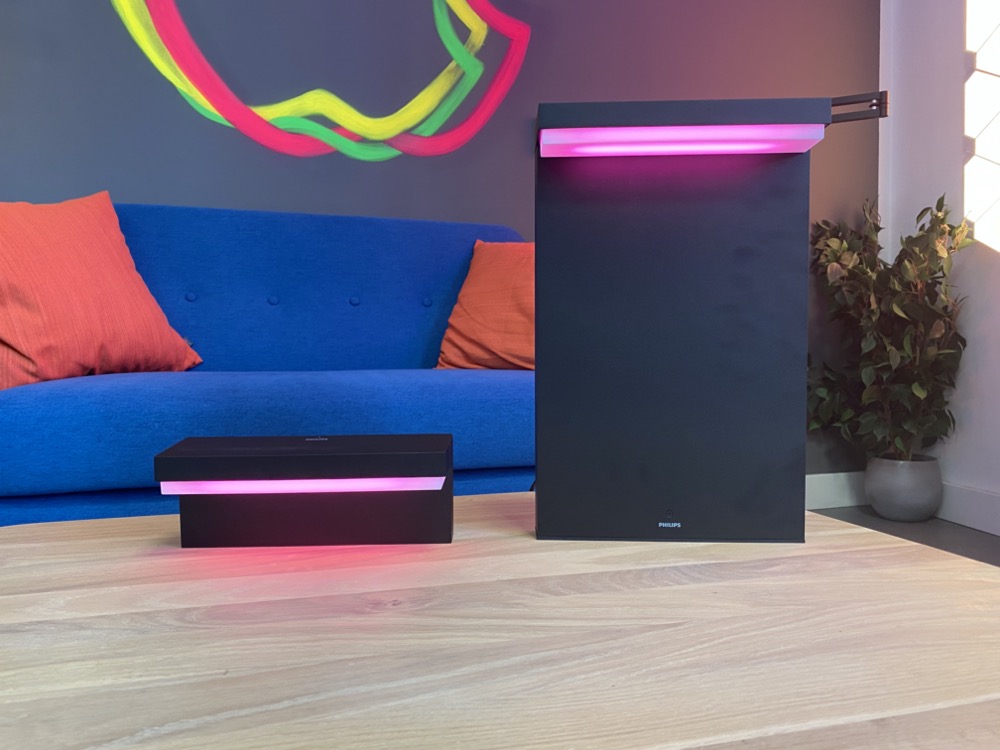 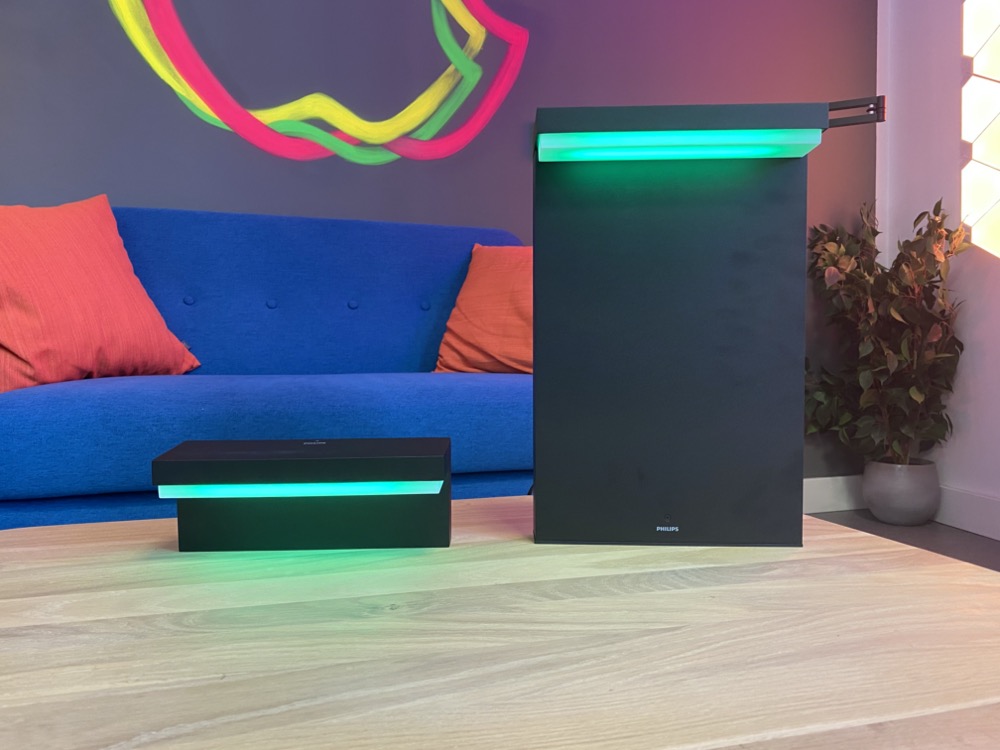 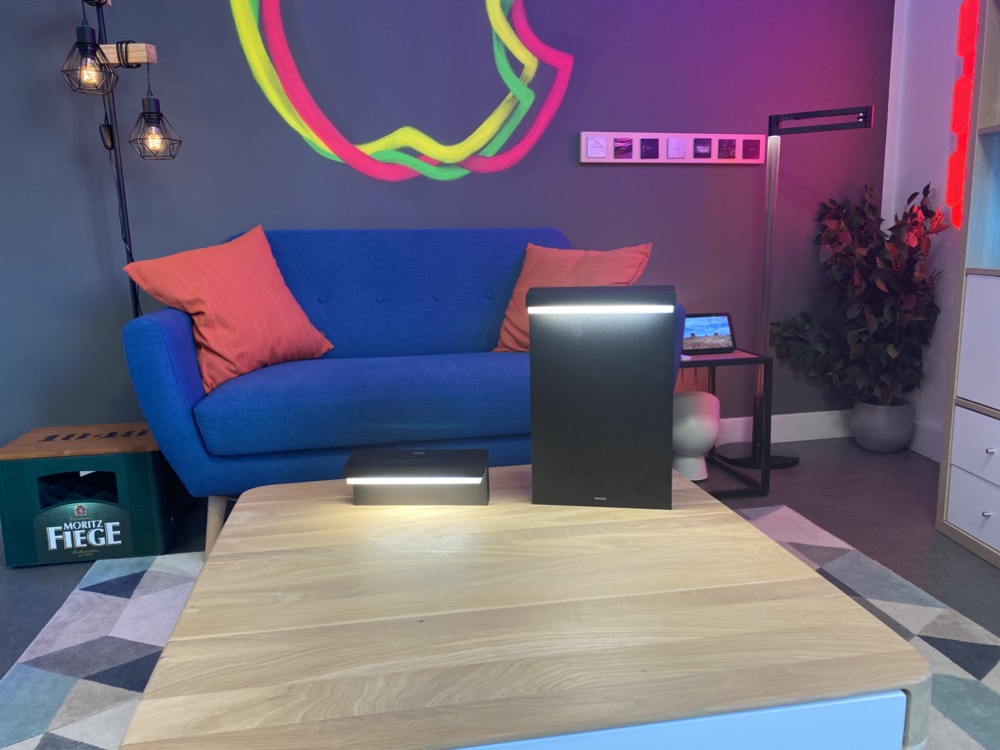 The finish of the Nyro is typical of Philips Hue. The plastic brackets for mounting on the floor or on the wall are also striking here. In addition, simple luster clamps with screws are used here as well, which makes a third helping hand necessary, especially when mounting the wall lamp.

While both models of the Philips Hue Nyro are marked as not in stock in the official Hue webshop, you have better chances in the free trade. For example, you can order at Click-Licht.de, where the wall light costs 119.99 euros and the pedestal light 149.99 euros.

Previous articleReview: New E27 lamps from Icasa with spiral filament LEDs
Next articleHow do you like the tile view from the Philips Hue Bluetooth app?