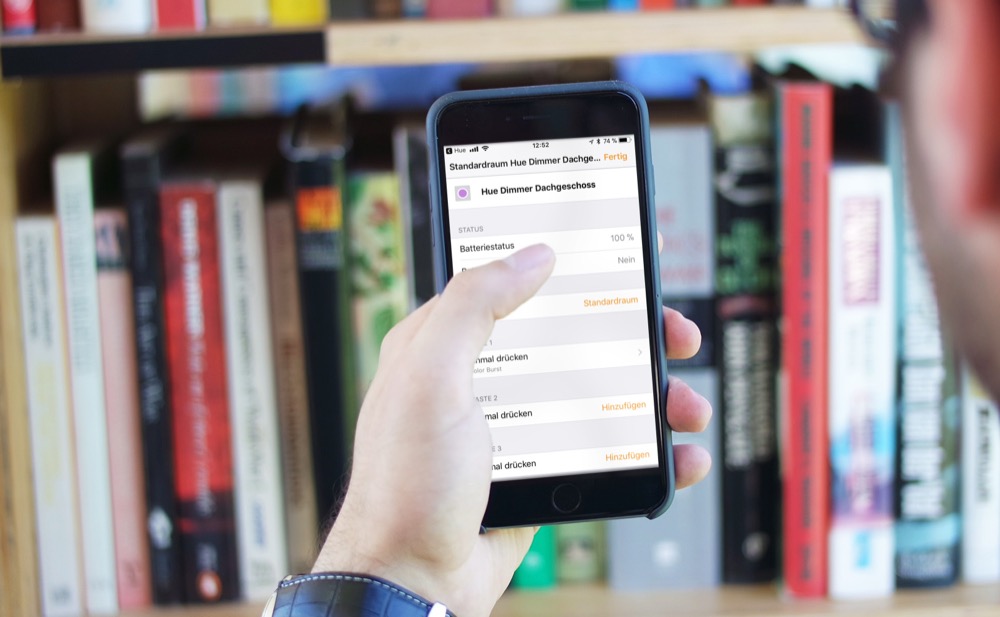 Guide: Transfer scenes from the Hue app to HomeKit

Mel2 Comments on Guide: Transfer scenes from the Hue app to HomeKit

Sometimes even I, as a proven Hue expert, have to start the search engine to get a simple thing done. I wanted to integrate a scene from the Hue app in HomeKit in order to use it with a HomeKit switch.

In detail, the following task is involved: with an Eve button, not only several Hue lamps, but also the Nanoleaf Light panels should be switched on with a certain color setting. The Nanoleaf scene is already present in HomeKit, but the scene from the Hue app is not.

Unfortunately, there is no way to automatically integrate a scene from the Hue app into HomeKit. But the necessary detour is not very complicated: you activate the desired scene in the Hue app and then open Apple’s Home app. There you tap on the plus icon at the top and create a new scene.

HomeKit takes over the current settings for new scenes

In the following screen, simply select all Hue lamps that are part of the scene and save them under a desired name. HomeKit will automatically apply the current colour and brightness settings. To create another new HomeKit scene, simply switch to the Hue app and select the desired scene.

Now I can use a HomeKit switch to not only switch my Nanoleaf Light panels on and off in two different scenes, but also let the Hue lamps in the room light up with the desired setting at the same time.