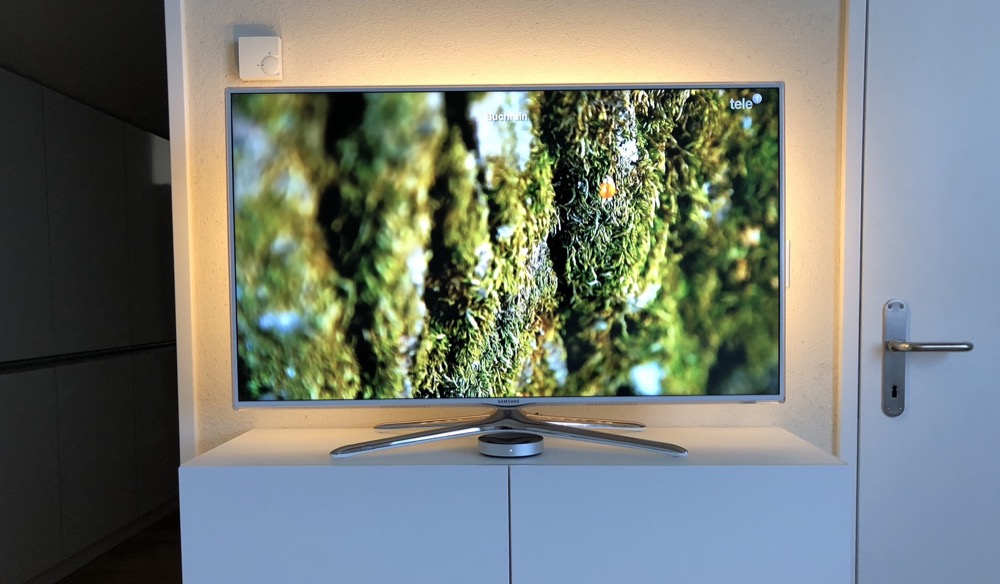 Show your Hue: This is how the LightStrip is perfectly mounted behind your TV

You can do a lot with the Philips Hue LightStrip. Hueblog reader Beat mounted the light strip behind his Samsung TV.

MelLeave a Comment on Show your Hue: This is how the LightStrip is perfectly mounted behind your TV

Even if this is not a real replacement for Ambilight, this idea should be more than interesting for many users. After all, a television, possibly still mounted directly on the wall with a bracket, is perfect for indirect wall lighting. And what could be more suitable than a Philips Hue LightStrip Plus?

The problem is that while Philips now supplies corner connectors with the LightStrip Plus extensions, hardly any of us are likely to have a television with a side length of exactly two metres. If you don’t want to bend the relatively inflexible LED strips brutally, there is no way around a little manual work. 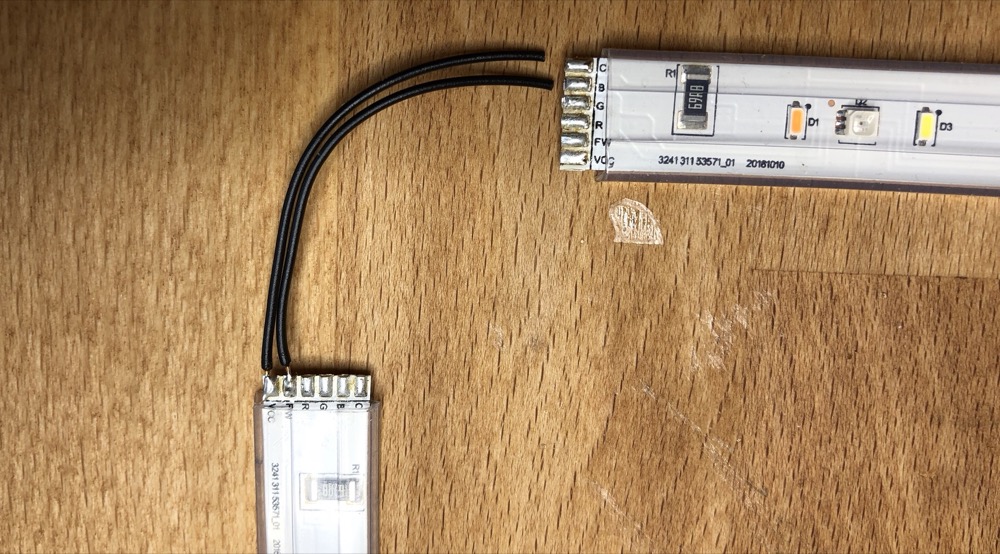 A perfect handicraft example is demonstrated by Hueblog reader Beat, who has mounted his LightStrip on the back of his Samsung TV. To do this, he first had to disconnect the LightStrip and then solder the six contacts together.

If you want to do the same, the most important tip is not to cut the LightStrip directly at the marked points, but instead right next to it through its silver contacts. This will save you a lot of work when soldering later.

Beat has perfected his work afterwards: He covered the soldered cable connection with fabric tubing and shrink sleeving, it doesn’t get any better than that. Maybe he should have used black tubing instead? Nonsense, here you can see excellent work that provides for plenty of inspiration. 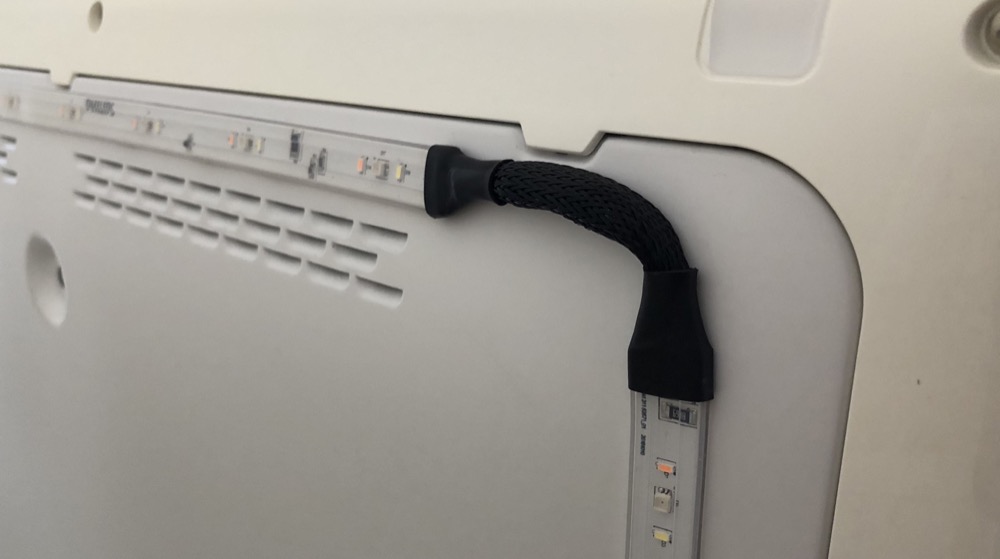